Based in Cape Town, Quality Touring Services have been in operation since 1997.

We also specialize in arranging running tours especially in the Cape Town area.
Clive Mitchell is our local tour guide having completed more than 100 marathons, including the Two Oceans marathon(56km-completed 11), Comrades Marathon (89km-completed 8), Peninsula Marathon(42km-completed 11), Winelands Marathon(42km-completed 8), New York City marathon as well as the London marathon. We concentrate on Cape Town and surround races, but will also assist with other South African races. Training advice and tips for the various courses will be provided. We arrange your flights, accommodation, collection of race numbers, transport to and from the race, pre and post race training runs.
There are a myriad of trail running areas as well road running paths and courses to choose from.
These are some of my favourite running areas in and around Cape Town.

1. Starting in 3 Anchor Bay one runs all along the Atlantic seaboard (right next to the sea) passing through Sea Point, Bantry Bay, Clifton, Camps Bay, Bakoven and turning around at the 12 Apostles Hotel (out and back course of 24km) – (ROAD RUNNING)

2. Starting in Hout Bay at the foot of Chapmans Peak drive one runs up and over Chapmans Peak drive until you reach the Noordhoek Farm Village and then you turn around at this point and return to the start. (out and back course of 20km – (ROAD RUNNING)

3. Starting in the Waterfront one runs through the City and then runs up Kloof Nek road until you reach the highest point on  Kloof Nek and then you  turn right onto the Signal Hill Road until it ends at the lookout point overlooking the city. (out and back course of 17km) - (ROAD RUNNING)

4.. The Pipe track is a moderately challenging trail run with stunning views of the 12 Apostles mountain range and Camps Bay below. It is an undulating  trail route dotted with trees and benches from where to soak up the sunsets, but can also be very secluded, so is best not to run alone. The trail begins at the top of Kloof Nek and follows a water pipeline past Bakoven, with easy access to many of Table Mountains many hiking paths. The most popular loop is a total of 6km. 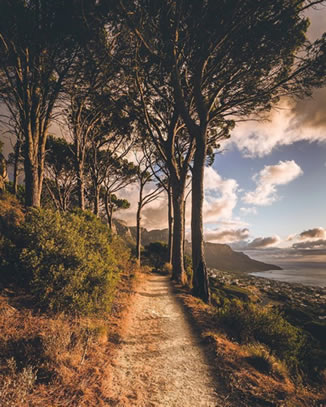 5. For those wanting to do a short run close to the city, then the Sea Point Promenade is the most popular running route in Cape Town. It is best for a flat, dynamic route that can be tailored to your time schedule. The Sea Point Promenade begins at Granger Bay and stretches until Bantry Bay. The Green Point lighthouse is a popular starting point and if you run from there to the Sea point Swimming Pools and back, then you would have completed 7km.

7. Meerendal has a 7km trail run on the farm. They also have a Parkrun every Saturday morning at 8am on the farm. Afterwards you could enjoy a nice breakfast or even a nice wine tasting as well.

8. Some of my other favourite runs are:

This is but a short sampling of runs available. There are just so many to mention in various areas throughout the Western Cape.

Prices on application with details of your requirements.

For the discerning tourist wishing to do a Cape Town city walking tour without a big congested crowd following everywhere…..then join us on a private walking tour through the city. We have more than 50 places of interest to choose from. You decide which places you wish to visit within the 4 to 5 hours allotted for this tour.

The places of interest are; 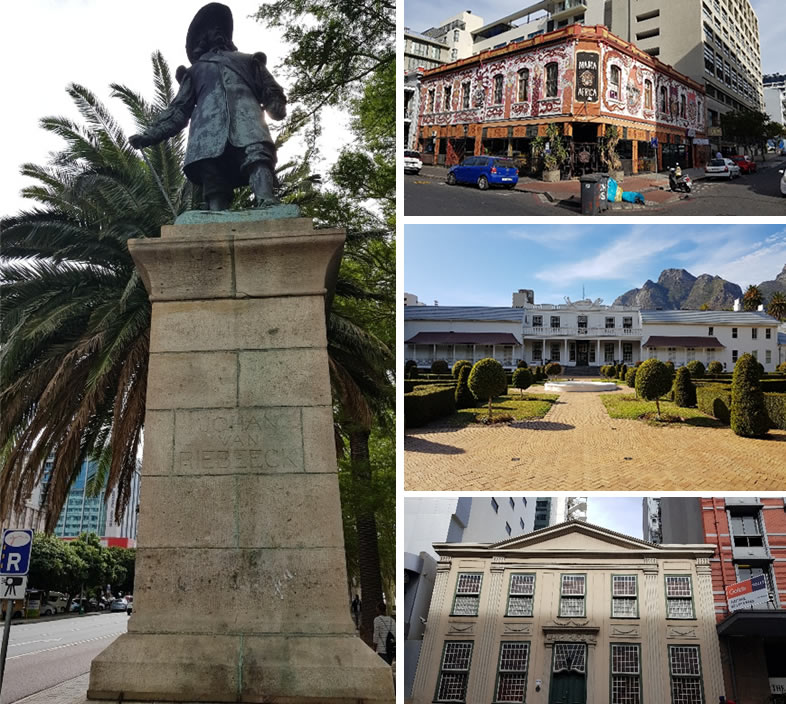